If you are learning about hairloss in your battle against it then you should have seen the three letters "DHT" before. But what is DHT and how does it affect hairloss, and how can we use the information we have from years of research in order to stimulate and sustain hairgrowth? Those are the questions we will be exploring below. So sit tight and get ready to learn one of the most important topics related to hairloss!

DHT stands for Dihydrotestosterone and is a sex hormone that is converted from Testosterone with the aid of the enzyme 5-alpha reductase.

Predominance of Testesterone, which women also have in trace ammounts, was previously thought to be the main cause of hairloss. This is probably where the concept that "people who are balding have high levels of testetosterone in their body" came from. However, recent studies have shown that even though testosterone is at the core of the balding process, the main culprit of hairloss is actually DHT.

If you’re genetically susceptible to hair loss, DHT can bind to receptors in your hair follicles (and scalp area) and cause them to shrink, weaken and eventually die. This process is called ‘miniaturization,’ and it ultimately leads to a complete end of hair growth in DHT-affected hair follicles. Since DHT is the primary hormone responsible for hair loss in men, the most effective way to slow down and prevent hair-loss is to reduce the ammounts of DHT around the affected hair folicles which can be achieved using DHT Blockers.

The hormonal process of testosterone converting to DHT, which then harms hair follicles, happens in both men and women. Under normal conditions, women have a small fraction of the level of testosterone that men have, but in women, even a lower level can cause DHT- triggered hair loss.

Yes, when testosterone levels rise, DHT levels are thus elevated and the problem becomes bigger. DHT levels can be elevated and be within what doctors consider "normal range" on a blood test, but they may be high enough to cause a problem in regards to the hair follicels. The levels may not rise at all and still be a problem if you have the kind of body chemistry that is overly sensitive to even regular levels of chemicals, including hormones.

You can slow down and help prevent hairloss at the follicular level by using topical DHT blockers such as DHT-blocking shampoos or DHT-blocking hair spray to keep DHT off your hair follicles. This method is mostly effective, but it doesn’t completely block the DHT from binding to receptors inside your scalp area.

The second major method in lowering DHT levels is to consume medication, supplements, and/or food that are intended to block DHT from forming inside the body. This is more effective in lowering the DHT levels in the scalp area.

One of the effective methods for blocking DHT is to block it at the source by using medication. Drugs like finasteride are made to block the conversion of testosterone to DHT by binding to the 5α-Reductase enzyme, preventing your body from producing any DHT which means less DHT is now availble to bind and negatively impact hair folicles. While factors like stress and diet can have a significant effect on your hair, your hair loss is most likely caused by a genetic sensitivity to dihydrotestosterone or DHT.

Supplementation can also be used as another method to block the Reductase enzyme which converts Testosterone to DHT thus effectively lowering the production of DHT.

If you are not a fan of medication or supplements you can try the food listed below that act naturally to block the conversion of Testosterone to DHT internally/at the scalp level.

3. Nettle Root: This is another herb that blocks the 5-alpha reductase enzyme from converting testosterone to DHT.

5. Tomatoes, Watermelon, Carrots, and Mangoes: These contain lycopene which inhibits DHT naturally by inhibiting 5 alpha reductase, from converting testosterone into its most active form, DHT.

6. Almonds, Walnuts, Peanuts, Pecans:  These are rich in L-lysine which is a natural DHT inhibitor.

10. Fenugreek: This is another inhibitor of the conversion of testosterone to DHT

The Best Way to Prevent Hairloss and Promote Hairgrowth:

How BOLD can Help you:

BOLD premium hair fibers can assist you in your fight against hairloss by providing you a way to cover all symptoms of hairloss now even before starting your treatment plan. BOLD hair fibers, which are available in multiple colors to fit your hair, are made of keratin protein fibers that magnetically adhere to other hair fibers and the scalp of your haid to give the appearance of a full thick head of hair. The BOLD fibers can be used as a short term solution while you work on a long term permanent solution.

For a limited time we are offering the viewers who took the time to read this blog post a 10% discount. We are also offering a free gift while the promotion is running .

For a further discount use code: BOLDINFO

Click here to read more about the BOLD hair fibers, its benefits to you, and the free gift.

Recently suddenly realized that my hair is thinning, I needed something to cover the affected area while I find a permanent solution. BOLD hair fibers did the Job! I was lucky enough to catch them while their sale was going on... the best 15$ I could spend!! VERY HAPPY with the quality of the Dark Brown Fibers.

Recently suddenly realized that my hair is thinning, I needed something to cover the affected area while I find a permanent solution. BOLD hair fibers did the Job! I was lucky enough to catch them while their sale was going on... the best 15$ I could spend!! VERY HAPPY with the quality of the Dark Brown Fibers.

I found BOLD Hair Fibers on eBay and couldn't be happier with the quality and the amazing solution this product offers. I was looking for an instant way to cover hair thinning/baldness and after trying many products I found absolutely with no hesitation that BOLD hair fibers are the answer. Yes there are many other similar products out there, but for the AMAZING price I pay for BOLD no other product can compete. Full Disclosure: I was asked to write a review to get a discount coupon. The only thing that was holding me back from wanting to write this review is that the price may go up once this becomes popular ha! I am bad, I know!

I If you have hair loss issues and have never tried BOLD, then you are missing out! Try the starter pack which includes everything you need to start using hair fibers. Do not let anyone tell you that it is weird to use, its OK to want to look great just like it is OK to wear makeup. Use while you work on a long term treatment. UNBEATABLE PRICE and QUALITY ! 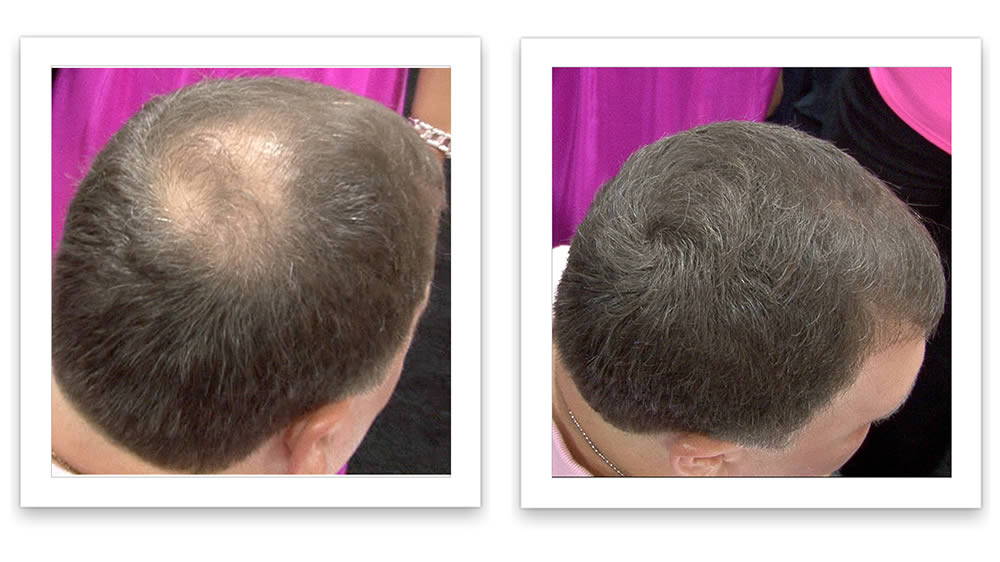 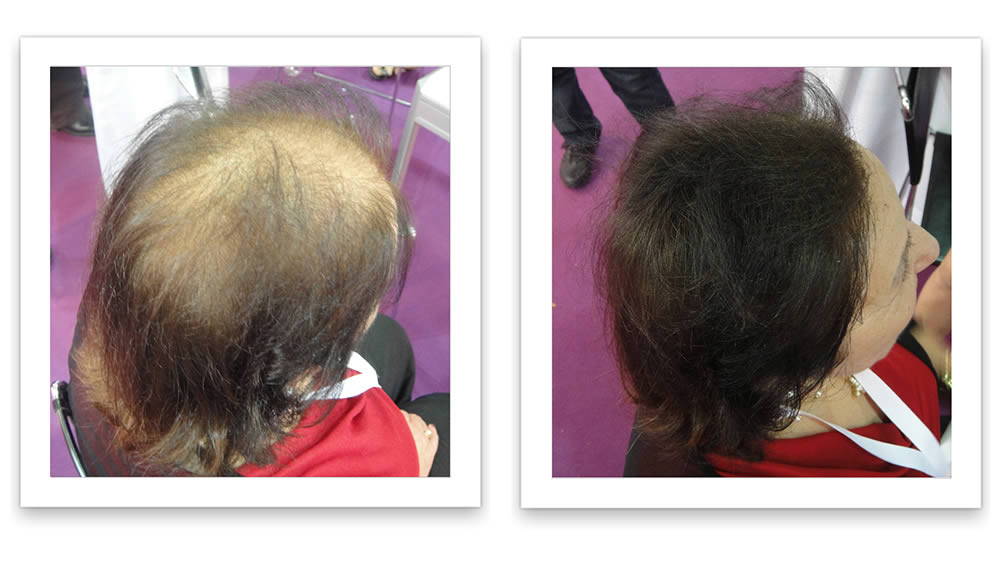 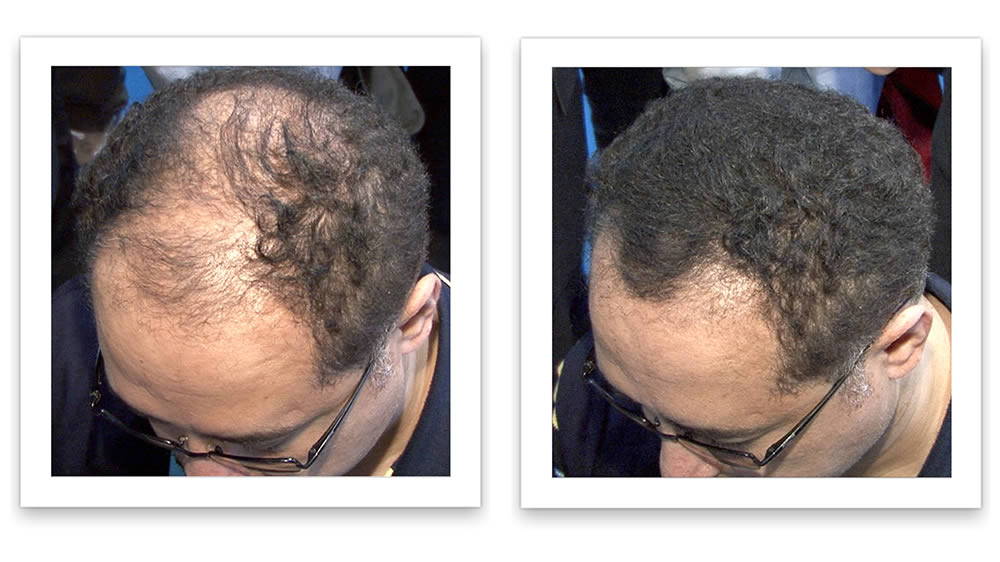 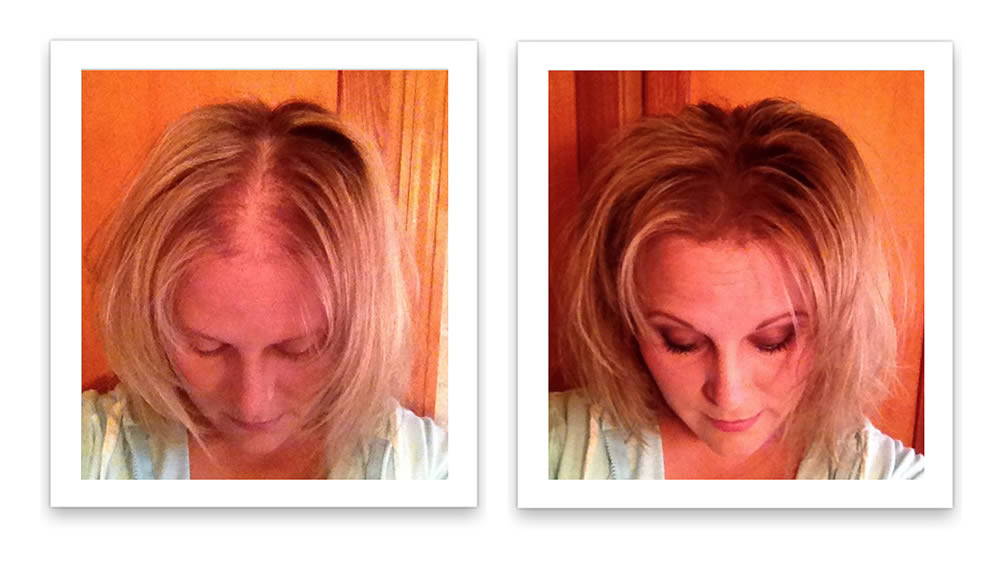 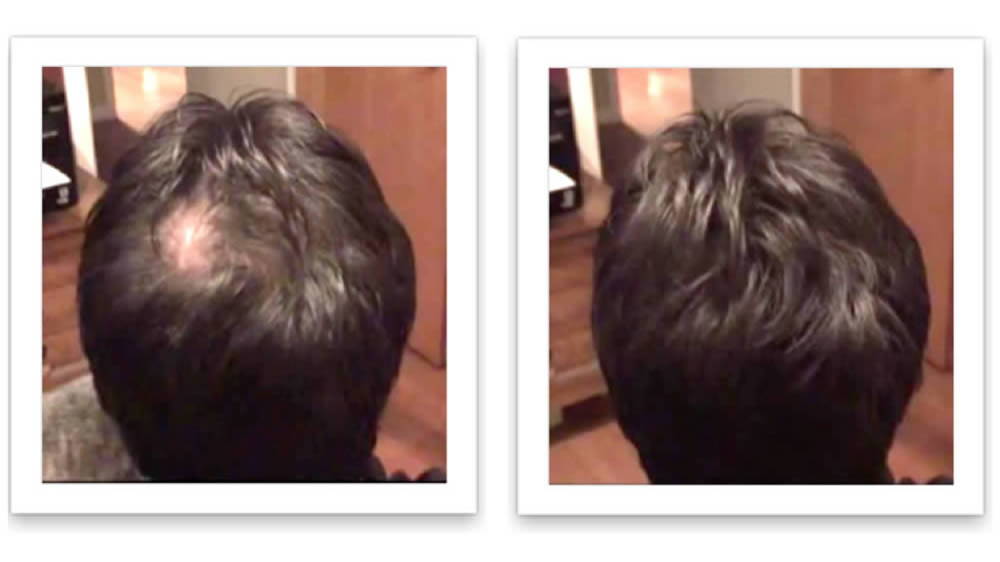 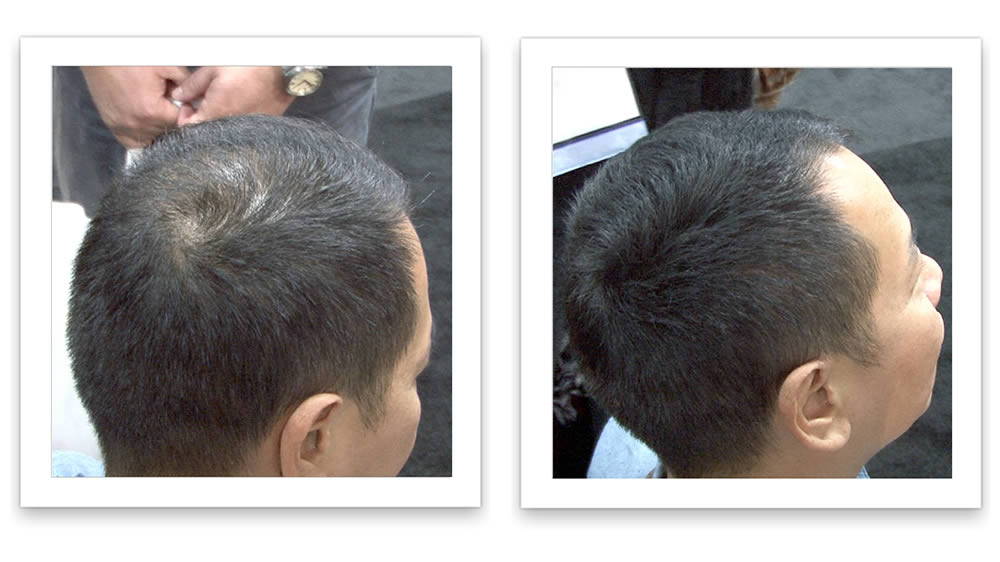 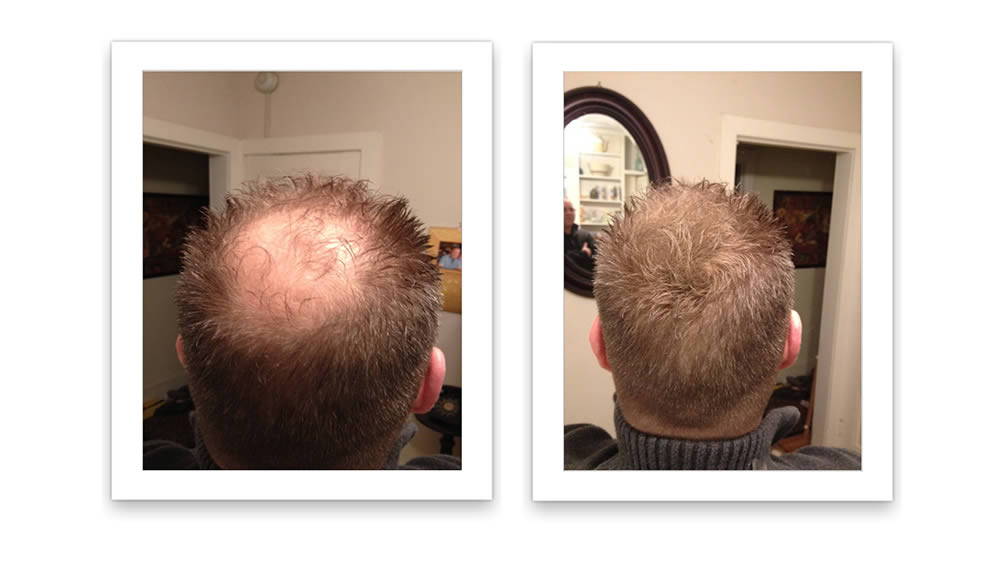 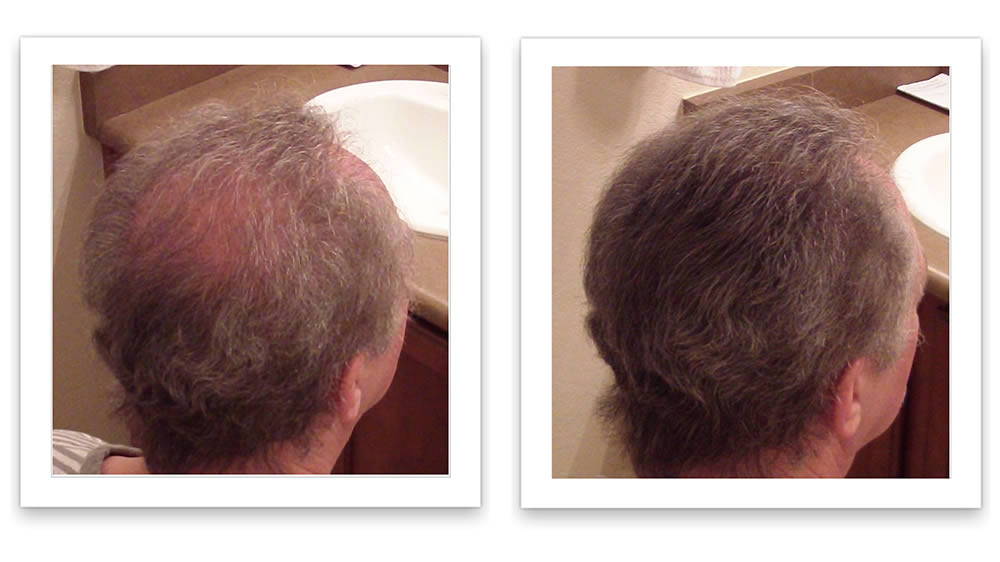 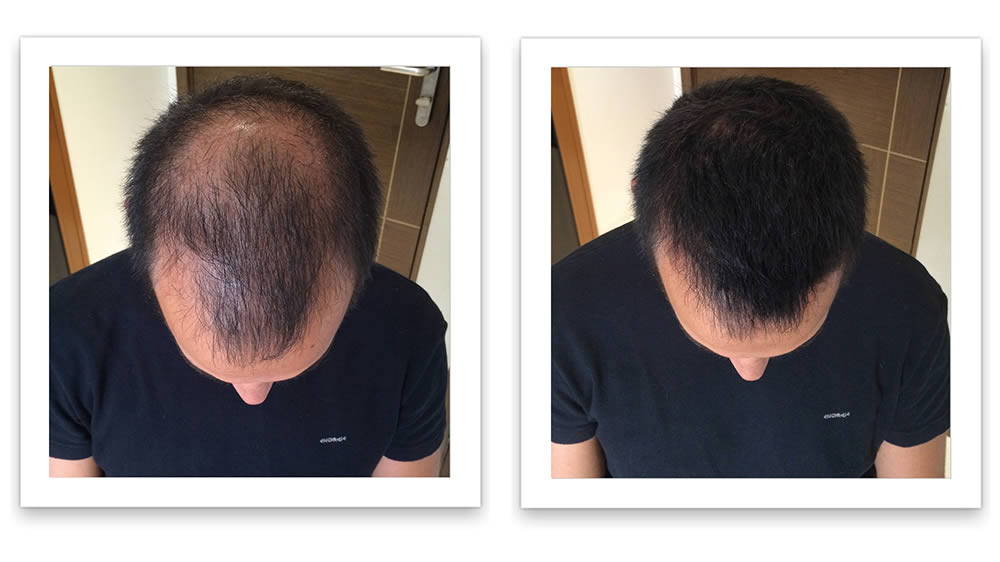 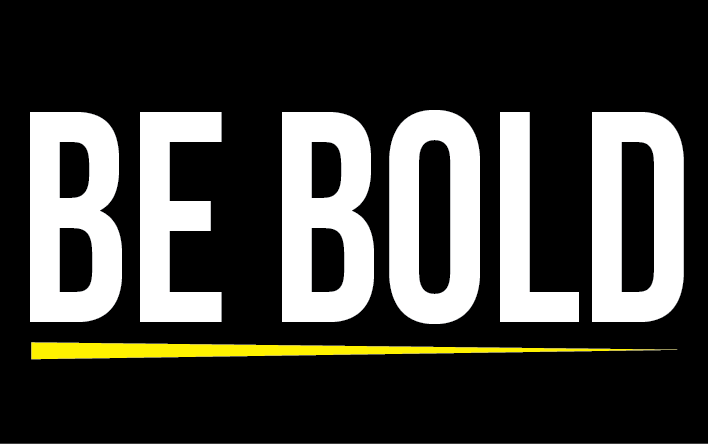 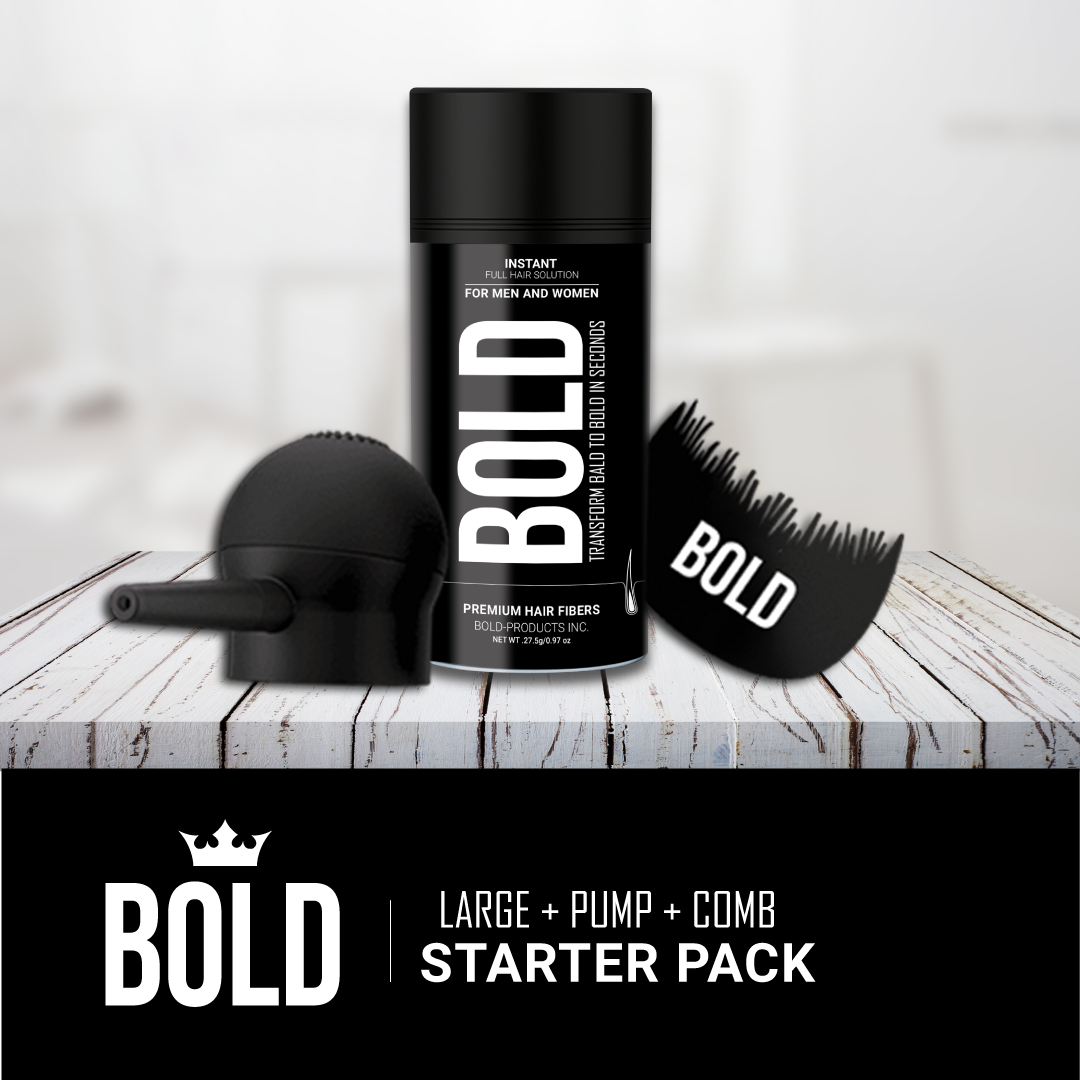 THE PACK INCLUDES ALL YOU NEED TO START USING THE BOLD FIBERS.

COMES WITH A LARGE BOTTLE (27.5g) AN APPLICATOR PUMP, AND A HAIRLINE OPTIMIZING COMB. 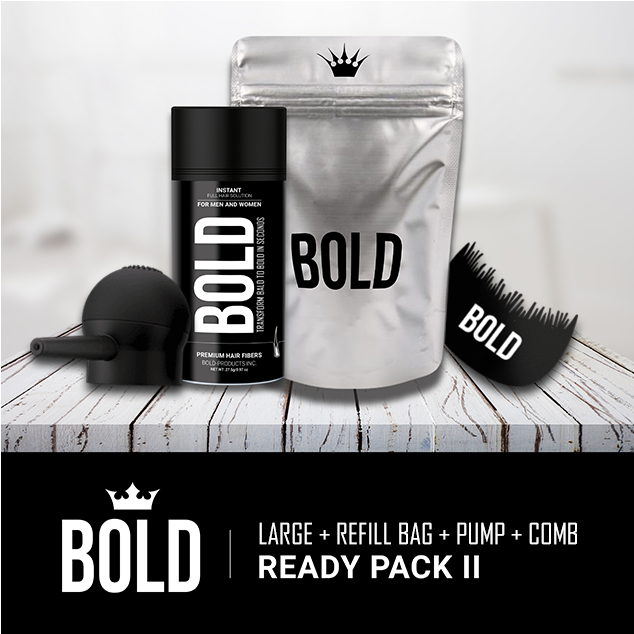 EVERYTHING YOU NEED TO CONTINUE USING BOLD FOR AN EXTENDED TIME.

COMES WITH A LARGE BOTTLE (27.5g) AND A REFILL BAG DOUBLE ITS CAPACITY (50g), AN APPLICATOR PUMP, AND A HAIRLINE OPTIMIZER. 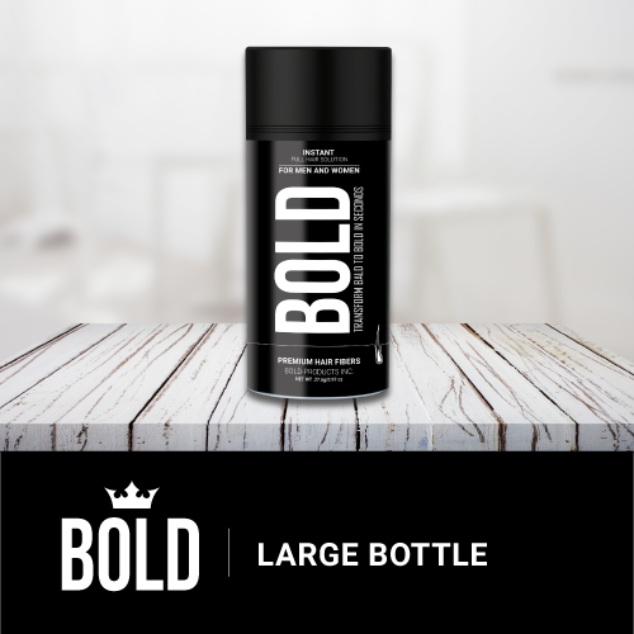 YOUR ONE AND ONLY LARGE BOLD BOTTLE

THE BOTTLE CONTAINS ABOUT 27.5g AND IS INCLUDED IN THIS PACKAGE FOR A SUPER PRICE!

Bold information is your trusted source for information that will assist you in improving the quality of your hair, appearance, and overall confidence in life. Please contact us at feedback@bold-products.com to give us feedback on the articles as well as request more information on a certain kind of topic!

Be informed, Be BOLD!